Discuss everything to do with GIMX here
Post Reply
55 posts

First of all, big thanks to matlo creating this great piece of software!

After playing around with GIMX, it works perfectly for my Logitech Driving Force GT (G29 emulated) for F1 2018 on my PS4.
However, it was not very portable to my home TV. I thought a raspberry pi would solve the problem, but too many libusb timeouts
caused my forcefeedback to glitch as force did not reset to normal e.g.

Therefore i would think if it would be possible to make an Arduino only variant using the GIMX code from matlo, and having a working solution.
Perhaps if there is interest, i can tidy up the sources and put them online so anyone can make benefit of it (if matlo agrees).

- Arduino atmega32u4 board (pro micro/leonardo) 16MHz/5V
- USB Host shield (or another board having a MAX3421E USB to SPI chip)
- Arduino one of the latest version (i am using 1.8.5)
- LUFA for Arduino (https://github.com/Palatis/Arduino-Lufa)
- USB Host shield library by Oleg Mazurov (Circuits@Home)
- GIMX Firmware sources from matlo (https://github.com/matlo/GIMX-firmwares)
- USB HUB (you need two ports, one for the wheel and another for the PS4 controller)

I cloned the G29EMUPS4 files, stripped the UART commands and implemented the USB Host function. I also had to rewrite a Serial class for debugging, as the Arduino stock serial class did not work for me using the LUFA library (it replaces some USB stacks in Arduino, probably also the HW serial port) 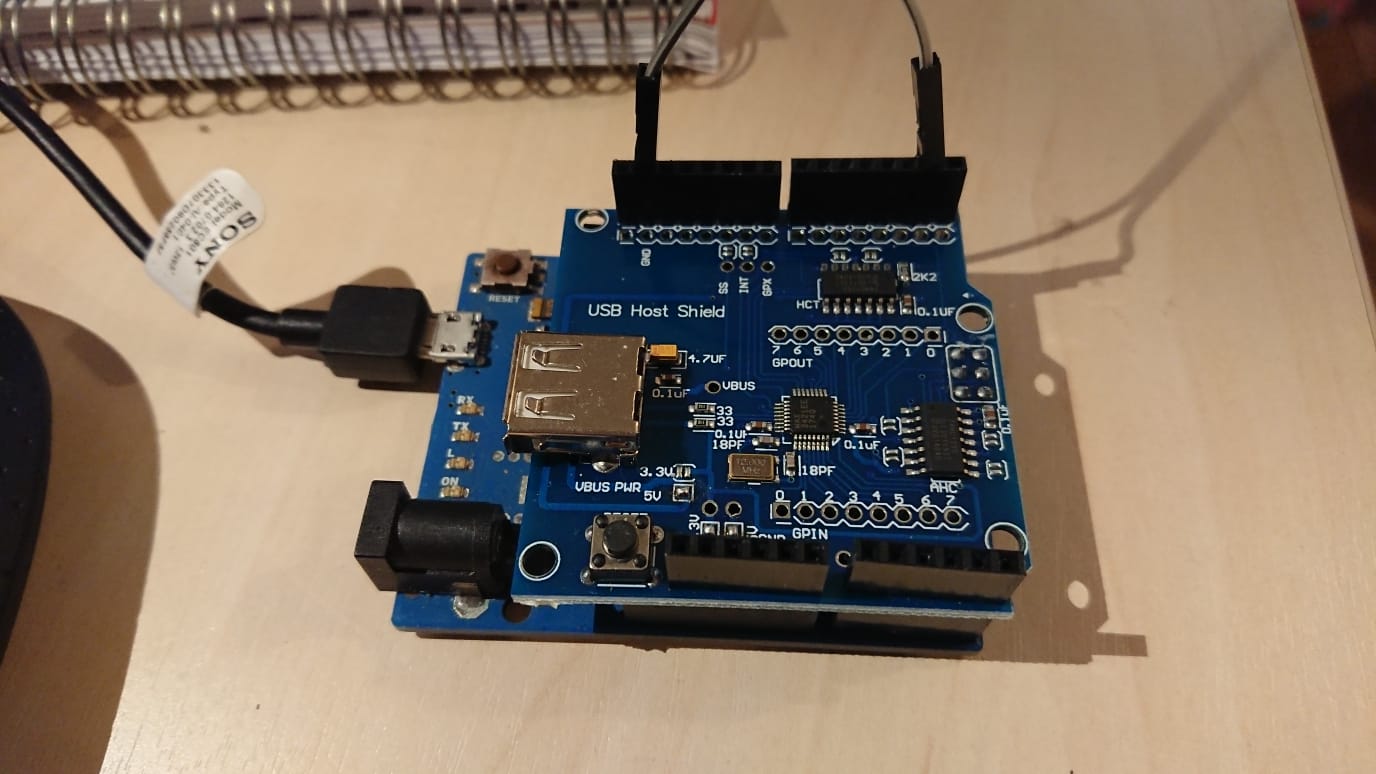 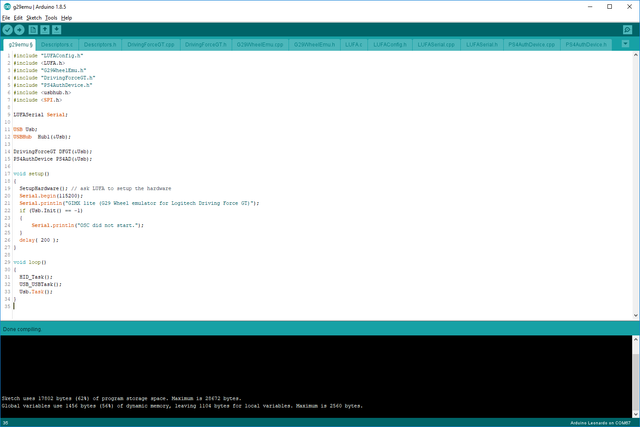 I will post an update once i get the Authentication thing done,
and make it also compatible with a Hori FPS pad. (got that one secondhand for 10 euro).

After so long of not playing on on my wheel on my PS4, and given that I moved my console to another area, is not easy to have a laptop or PC nearby, I am glad to see that there may be a GIMX lite version. Awesome!
So you you will be providing a tutorial for this, after you get permission and define your "to do" list?
thanks
Top

I was wondering about if it was possible.

now im wondering about, if there's an stm32 (or other) Ic with 3 usb ports, i know that some stm32's have 2 ports, but i think it would be neat to have it all contained within one single mcu.

Other than that, how did you get it to work without the authentication being done?
Top

Got some update about the authentication.. I think i got it working!
Need to verify, but the challenge keeps repeating with incrementing counters. 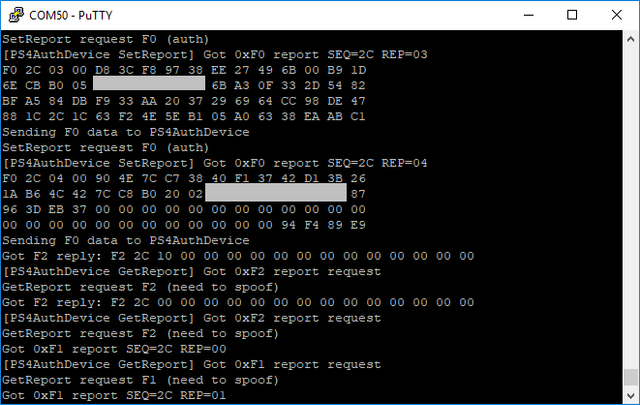 @Mysli0210: You can ignore the authentication challenge for a while (and be able to play a game), but the PS4 stops listening to your controller after ~ 8 minutes.

Also, a STM32 or LPC would work if it got at least one USB peripheral and one or two USB Host controller(s). There are quite rare to find (for normal prices).

For simplicity and pricing, i thought this Arduino leonardo/USB host shield would do the trick.
Last edited by ThijsNL on Fri May 10, 2019 4:12 pm, edited 4 times in total.
Top

Wow that is awesome news!

however could 2 of them connected via uart serve the same purpose?

BTW, the USB host shield, is that just connected to the ordinary io pins of the leonardo? ie. software usb?
Nevermind, i found out. its not

Could it maybe be paired with a pro micro, for a very small package?
Top

Yes, i got both the pro micro and this usb shield as well. They are the same, but smaller package than the picture in my first post. They should be pin compatible, however, they dont seem to be stackable quite easilly.

Perhaps i'll design a PCB for it using both those two devices. 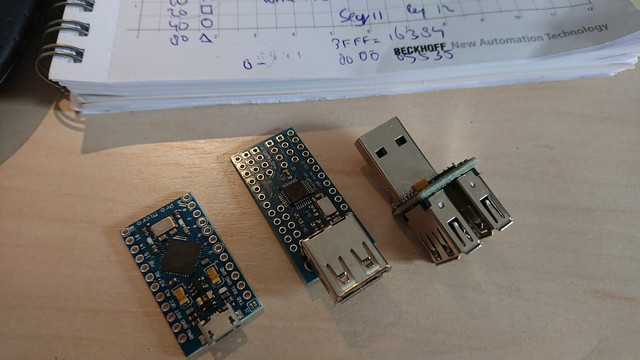 is it a problem for the mini only to be 3.3v compatible? and is the pro micro you have the 3.3v version?

Also, if they aren't stackable, you could just make a long pcb so they sit end to end.
i think i'd just get some proto-pcb and start soldering, have i had the shield.
Top
Post Reply
55 posts