Hello, just want to share how i made mine USB adapter

I fit USB adapter in 1 side with rubber plate + double side tape
same think with teensy in other side... very compact and secure build!!

It's smaller than my own one: 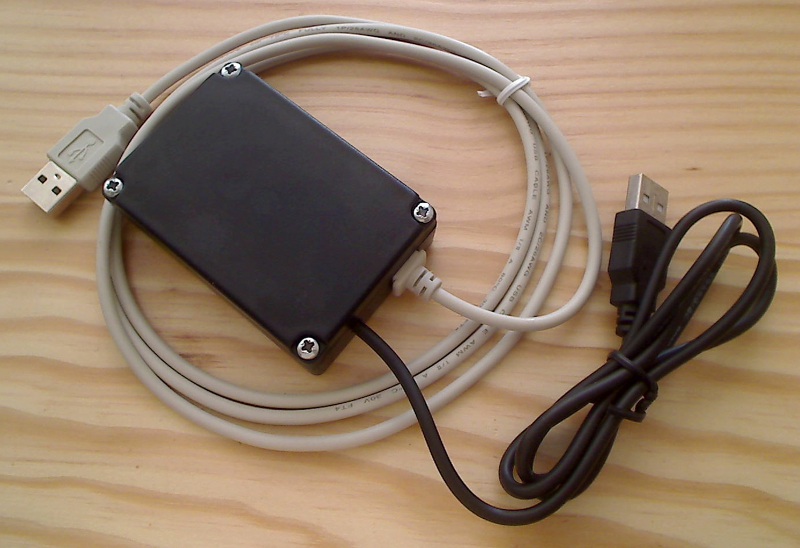 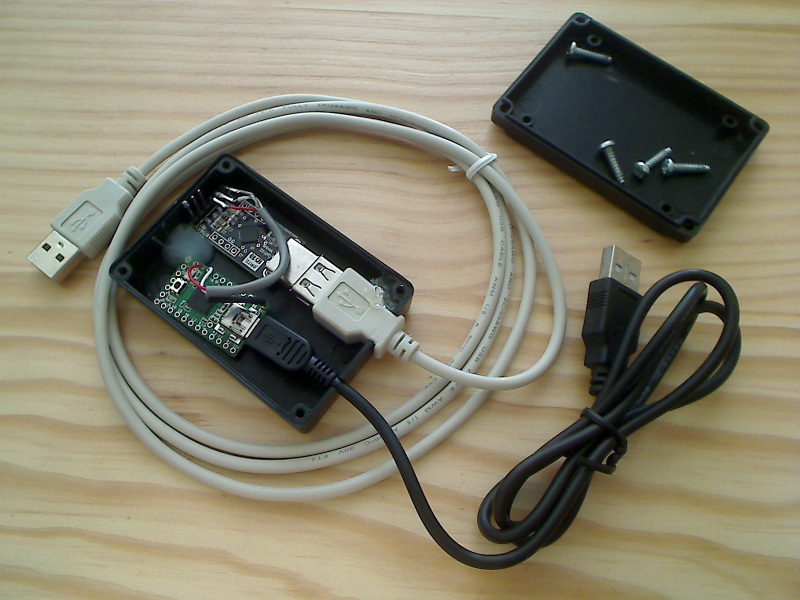 Where did you find this small plastic box?
GIMX creator Donate Shop
Top

I'm building a couple adapters in a few weeks, trying out the pinned version of Teensy.
If it works out pretty well I plan to write a solderless, Windows version of the DIY PC to PS3 adapter guide with a few pointers in an embedded video too - a "for dummies" guide you might say.

I get a lot of PMs on YouTube about how to make the USB adapter "for Windows" and I point them to the guide already on here but they're a bit confused about it being for Ubuntu (because of the Ubuntu pictures of the emulator) and most others are scared of soldering (I don't blame them!)

So there'll be a very specific list of parts and where to get them, not to confuse anyone, and on that list I'm thinking of adding:
http://cgi.ebay.com/Plastic-wiring-box- ... 1517wt_982 (of course in the US you can probably just walk into any Walmart or Radioshack and get a project box like that, but here in Norway I just can't find these anywhere at all! They'll probably cost 10x more if I do though)
The dimensions are cutting it pretty close to the CP2102 board so I'm hoping it'll be a snug fit similar to cldfusion's pictures.

I'll probably do a stencil that people can print, cut out and spray on if they want to as well.
Something like this this:

Matlo wrote:
Where did you find this small plastic box?

I bought it in a local store, but i will ask for the manufacturer, maybe it's being sold over net, they are cheaper!

i keep you informed.
Top

First attempt at making it a compact configuration: Some adjustments and it fits into two halves of the boxes: Unfortunately, with the normal lid, it wouldn't fit in one box, but luckily I ordered two!
The biggest halves of the two boxes worked out great (except I had to tape them together instead of snapping it on like the lid) Couldn't get the pinned boards into a more compact configuration than this without bending all the pins. Only the wired pins are bent to take up less room. The boards are safely separated with electrical tape, so no short circuirts.

McKack wrote: Some adjustments and it fits into two halves of the boxes:

I mean, for connecting CP2102 solderlessly you need the first one, am I right?

Yup. The the first one, with pins to do it solderlessly.
My Config Repository | PSN: McKack - Steam: McKack - XBL: Ozukaki | Config Post Template
Top

Sweet, any news on the tutorial you were planning on making, Mckack, or did you move onto other projects?
Top
Post Reply
14 posts